to begin, instead of going through the binary step by step and dive through functions, let us skim through the main routine at 0x009E12A0. we can identify that the binary expecting 1 argument

now we can analyse the main routine

now let’s dive into the check function. after going through the function step by step, the only block that caught my interest is a loop that start at 0x009E2CF6 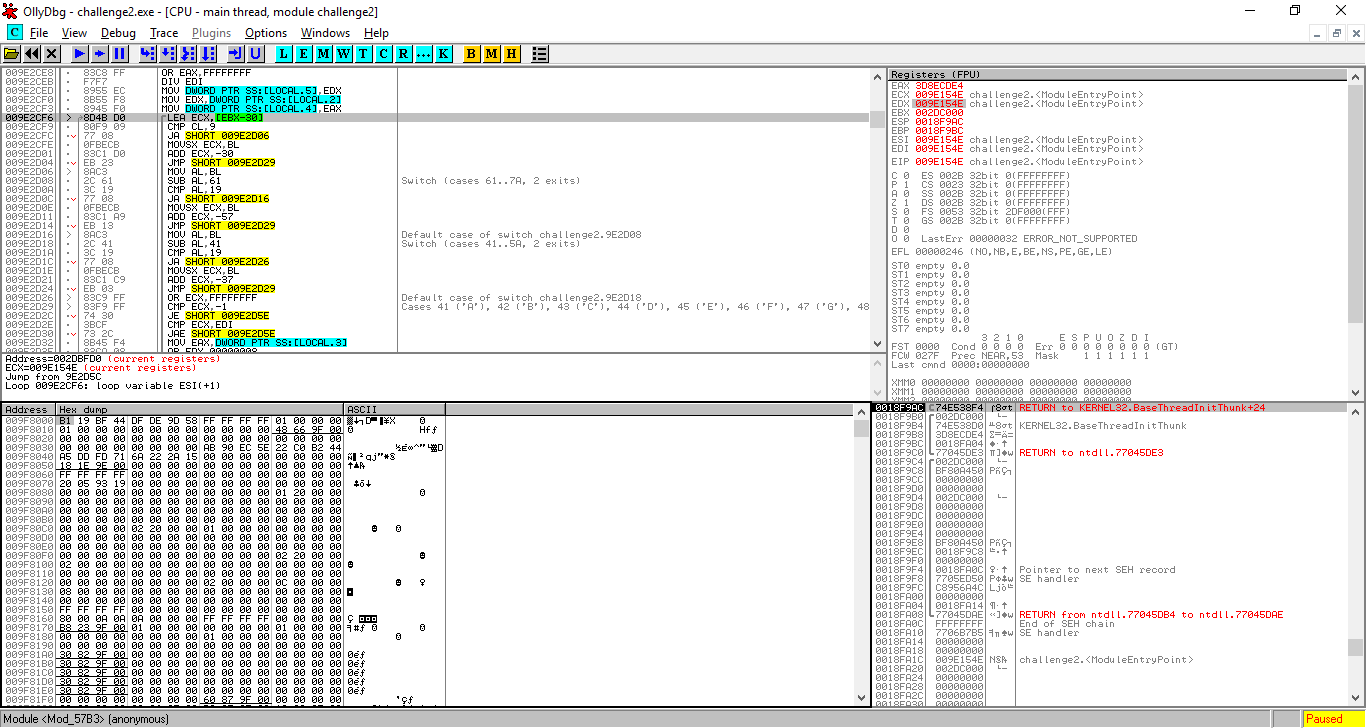 simplified algorithm of the loop: 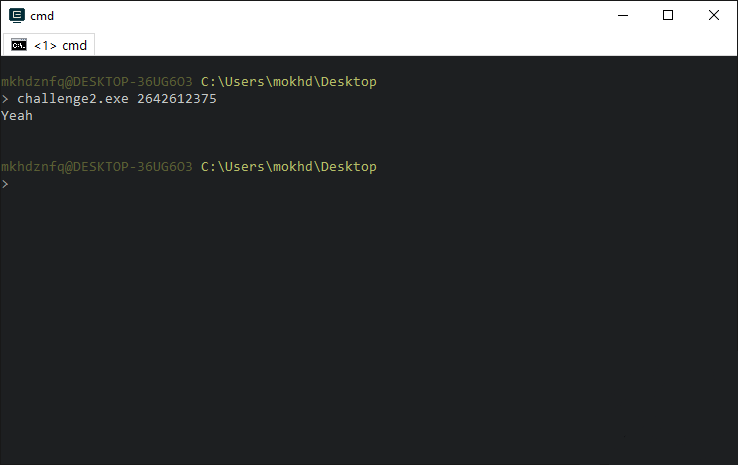 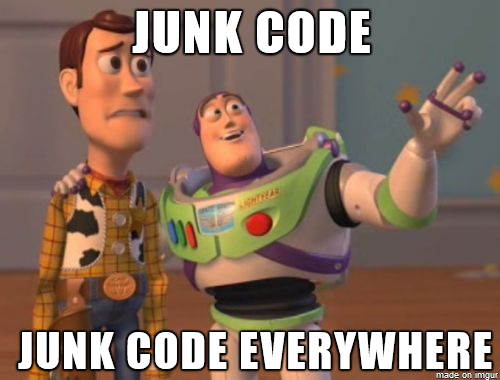 i didn’t manage to solve this during the competition because i was too focused on another challenge. not to mention the binary is heavily obfuscated which brings out the laziness in me. 500 points would be sweet to secure the victory though. anyway, the binary expected one argument to be passed. we can see a local call to 0x0040117b after the entrypoint where the stack is updated with:

then, the binary jump to 0x00401000 with our argument as the first parameter (esp+4). let us put a memory breakpoint on the argument to pinpoint where it will be accessed 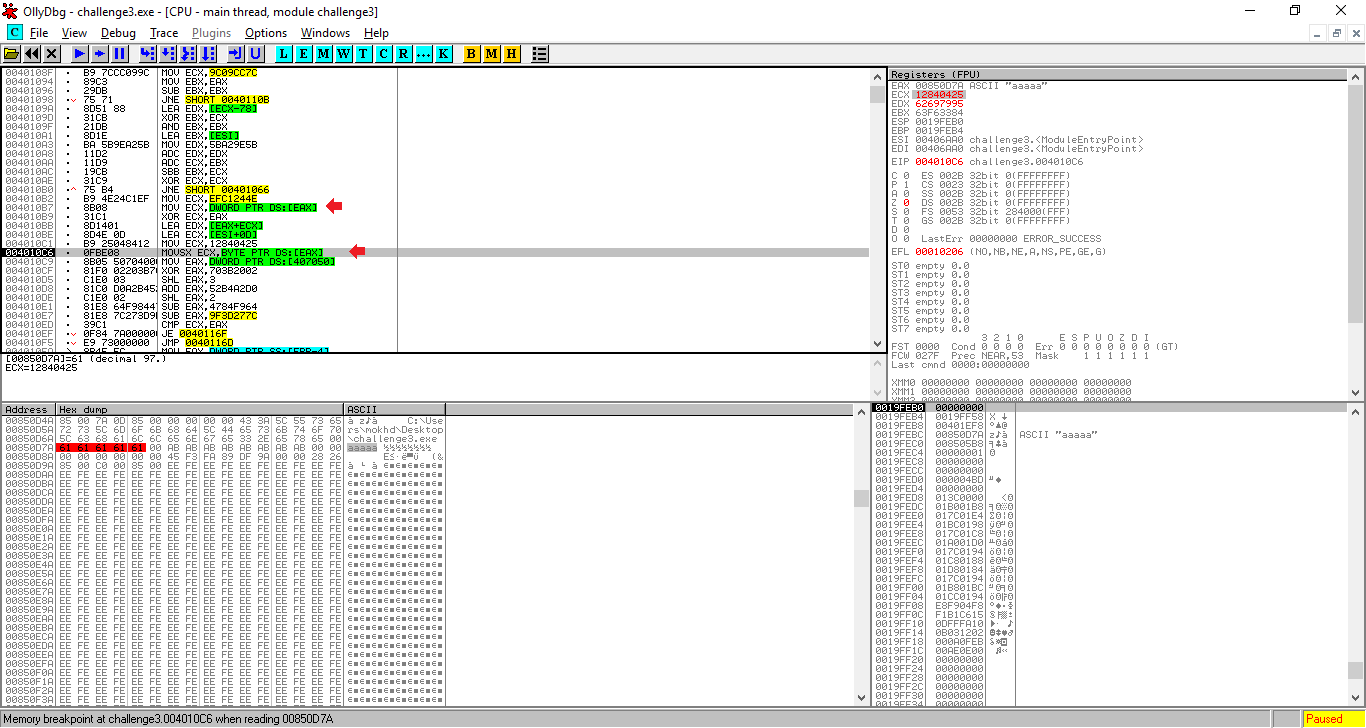 from there, we can understand how the checking algorithm works

note that our argument are passed through a loop where every characters are shifted to the left by 2 bit and compared to a value extracted from the stack segment. the extracted values are the same WORD values which is stored in the stack during the beginning of the program:

simple python code to decode it: 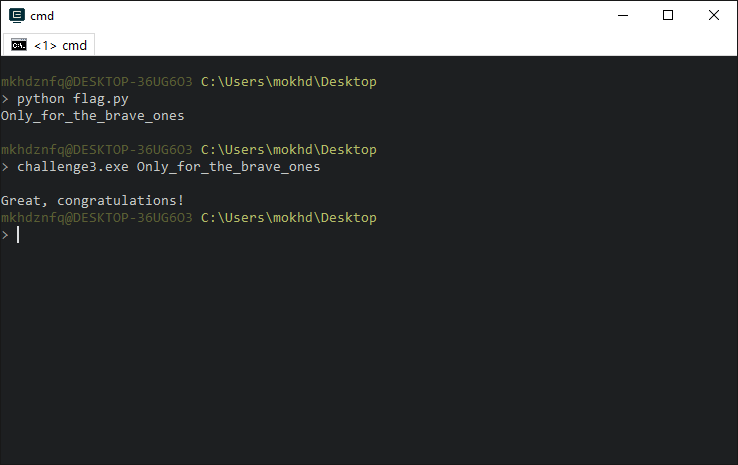